The City of Council Bluffs has donated about $10,000 to the Dream Playground and Swing set Re-Imagined effort for an accessible swingset.

The City Council voted unanimously at its Monday meeting to approve spending.  $10,378.85 alloted to purchase an Americans with Disabilities Act-compliant double swing set.

“This helps the community as a whole,” City Councilman Nate Watson said of the investment. “I think we get a good amount of bang for our buck.”

The city will purchase the swingset at cost directly through Play By Design.  This according to the council packet information submitted by Watson. Lynne Branigan, chairperson of the Dream Playground Re-Imagined committee, told the council during the afternoon study session the playground will include elements of Council Bluffs history. This will include facades of the Dodge House, Strand Theater and other landmarks. 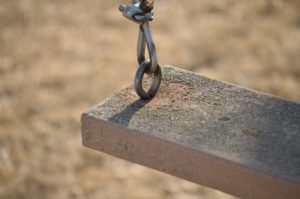 The project is in the fundraising phase, with a goal of $750,000.  That includes $100,000 for an endowment fund for continued maintenance of the park. The rest will be used for the expansion and renovation of the playground.

The fundraising committee has raised around $300,000 so far.

Plans call for a six-day community grassroots effort to construct the new playground equipment, scheduled for May 22-27.

Mayor Matt Walsh expressed some reservation about spending city funds on a non-city park, noting concern it would be setting a precedent of donating to projects. He noted the money could be spent at Cochran Park, a city park, for instance.

Derek started the Playground Directory in 1994 with a hard copy book to assist manufacturers and dealers of Park & Playground equipment find each other. For the past 24 years the online version https://playgrounddirectory.com has been the best tool to locate products and manufactures.
View all posts by derek →